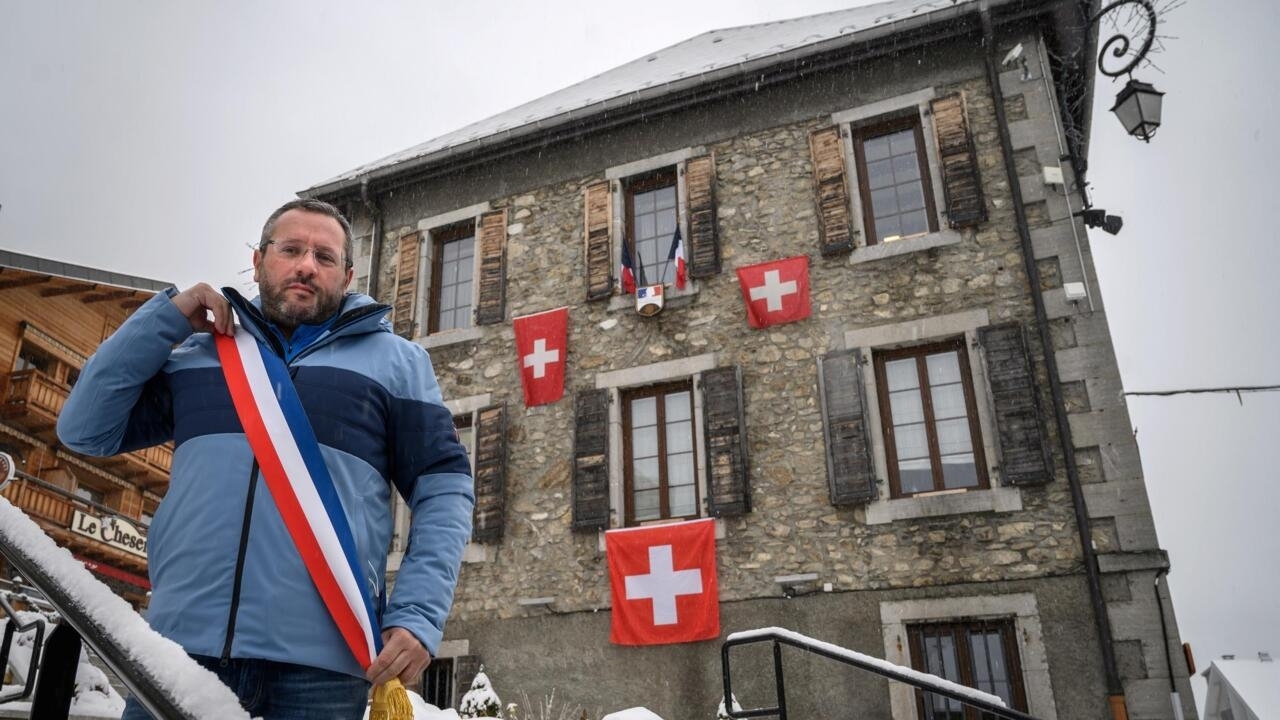 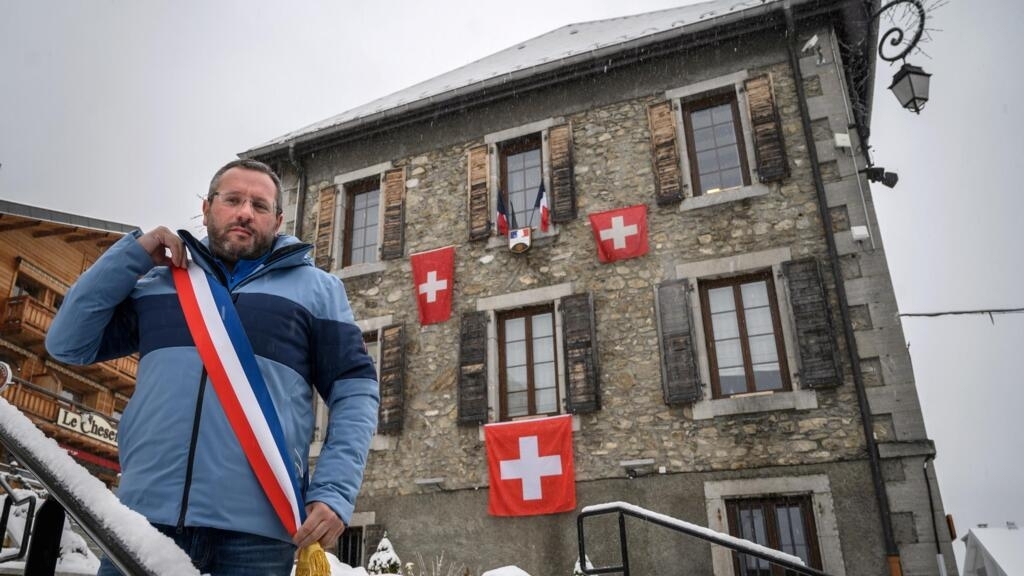 A European dispute on the wisdom of opening ski resorts amid the Covid-19 pandemic has turned into a battle pitting France, Italy and Germany – whose slopes remain shut – against the defiant Alpine nations of Switzerland and Austria, backed by Spain.

France’s flag still flutters above the entrance to Châtel’s town hall, but visitors to the Alpine resort in Haute-Savoie could be forgiven for thinking they had inadvertently slipped into Switzerland.

Eclipsing the French tricolour, larger Swiss flags have adorned the municipal building since the weekend, in protest at France’s decision to shut down ski lifts throughout the Christmas holidays while neighbouring Switzerland keeps its resorts running.

“The decision to close down was taken in a hurry and with no concertation,” rages the local mayor, Nicolas Rubin, in an interview with FRANCE 24. “We were supposed to get a hearing with the government. Instead, they pulled the rug out from under us.”

Châlet is located in the Portes du Soleil, one of the world’s largest skiing areas, which straddles the border between France and Switzerland. Due to Covid-19 restrictions, two-thirds of the slopes are now shut. But those located in the remaining Swiss third are still open, local authorities having opted for lighter restrictions despite a relatively high number of infections.

“It’s like flipping heads or tails: on one side you can ski, on the other you can’t. It’s absurd,” says Rubin. “You can get to the Swiss resort of Mongins in less than five minutes by car. Whoever wants to ski will go there, and it will soon be crowded.”

To appease the likes of Rubin, the French government is mulling a seven-day isolation period for French nationals who travel abroad to ski during the Christmas holiday season. Speaking on BFM TV on Wednesday,  Prime Minister Jean Castex said random border checks could be imposed along the frontier with Switzerland. Similar controls are on the cards in the Pyrenees, with Spain also planning to reopen its resorts.

But Alexandre Maulin, the head of Domaines skiables de France (DSF), which represents French ski resorts, told FRANCE 24 that the isolation measure would be very difficult to apply, describing it as little more than a “PR move”.

France’s government has been scrambling to appease the industry since it announced last week that ski resorts would be left out in the cold even as other sectors gradually emerge from the country’s second Covid-19 lockdown. It has promised to compensate ski-lift operators and expand unemployment benefits for seasonal workers – measures deemed insufficient by the head of the DSF.

“All we’re asking for is to be able to work,” Maulin said, lamenting the “lack of coherence between European governments.”

Castex has promised to continue efforts to reach a Europe-wide agreement, stressing on Wednesday that, “Diplomacy is still in play, the die has not been completely cast”. However, the European Commission has so far shown little interest in imposing common rules, much to the dismay of Paris and Berlin. While France is annoyed with Switzerland and Spain, Germany has its own problems with neighbouring Austria.

German Chancellor Angela Merkel has called for an EU-wide ban on skiing until January 10 to stem the spread of Covid-19. But Austria is vehemently opposed to restrictions on its crucial winter sports industry, a key component of the local economy. German officials are particularly wary of the precedent set in the Austrian ski resort of Ischgl, nicknamed the “Ibiza of the Alps”, where thousands of European tourists were infected before taking the virus home with them.

Under pressure from Berlin, which warned that it would quarantine holidaymakers returning from abroad, the Austrian government opted for a middle way on Wednesday, allowing resorts to reopen on Christmas Eve but making ski holidays virtually impossible.

Restaurants, hotels and tourist accommodation will stay closed until Jan. 7, the Austrian government said, meaning skiing over the holiday period will essentially be limited to people who live close enough to a resort for a day trip. And in an apparent concession to Rome, Berlin and Paris, Austria also said it was introducing a new quarantine requirement for anyone arriving from their countries and many more.

Italy, whose ski resorts will remain shut throughout the Christmas holidays, is mulling similar restrictions for nationals tempted by a dash for the Swiss slopes. The principal Italian resorts are located in Covid-19 “red zones”, where partial lockdown measures are in place to curb a second wave of the virus that has killed more than 50,000. Giuseppe Conte, the country’s prime minister, said this year it would not be possible “to allow holidays on the snow. We cannot afford it.”

Meanwhile in Spain, where infections have sharply decreased, the government has said it is ready to reopen ski resorts – with conditions that are still under discussion – from December 11. The discrepancy with French rules has angered officials in France’s southwestern Occitanie region, which borders Spain. Hemmed in between the two, the small principality of Andorra may find it harder to reopen its slopes, since President Emmanuel Macron is also “co-prince” of the micro-state in the Pyrenees.

The French president has vowed to continue efforts to sway Swiss and Spanish authorities, and “avoid creating an unbalanced situation with resorts in France, Italy and Germany likely to close while others open.” He has promised to “deter” French holidaymakers from travelling abroad.

But losing homegrown skiers is hardly the only concern for France’s battered tourism industry. The Alps alone attract 43 percent of the world’s skiers, generating some 28 billion euros in revenue per year. French resorts rake in the second-largest share of profits, behind Austria. That position is now being jeopardised, Maulin warns.

“We don’t wish anyone ill, but when one country opens and the other stays shut, necessarily there’s an impact,” says the DSF chief. According to his organisation, France’s ski industry has already lost between 15 and 20 percent of its business as a result of the first lockdown earlier this year, a shortfall of around 2 billion euros.

Other, more recent competitors stand to benefit from the closures in France, Italy and Germany. In Bulgaria, for instance, the Bansko resort popular with budget holidaymakers is planning to reopen for the Christmas season despite a surge in coronavirus infections and badly stretched hospitals in the country.

All of which has compounded the fears of Rubin, the mayor of Châtel, where up to 40 percent of visitors normally come from Britain, Germany, Belgium and the Netherlands – a crucial clientele that could now turn to neighbouring countries.

“We knew this season would be unlike any other, with foreign visitors down to a trickle,” he sighs. “But this is now a catastrophe.”

This story was adapted from the original in French.