Fresh protests erupt in Belarus ahead of national strike ultimatum 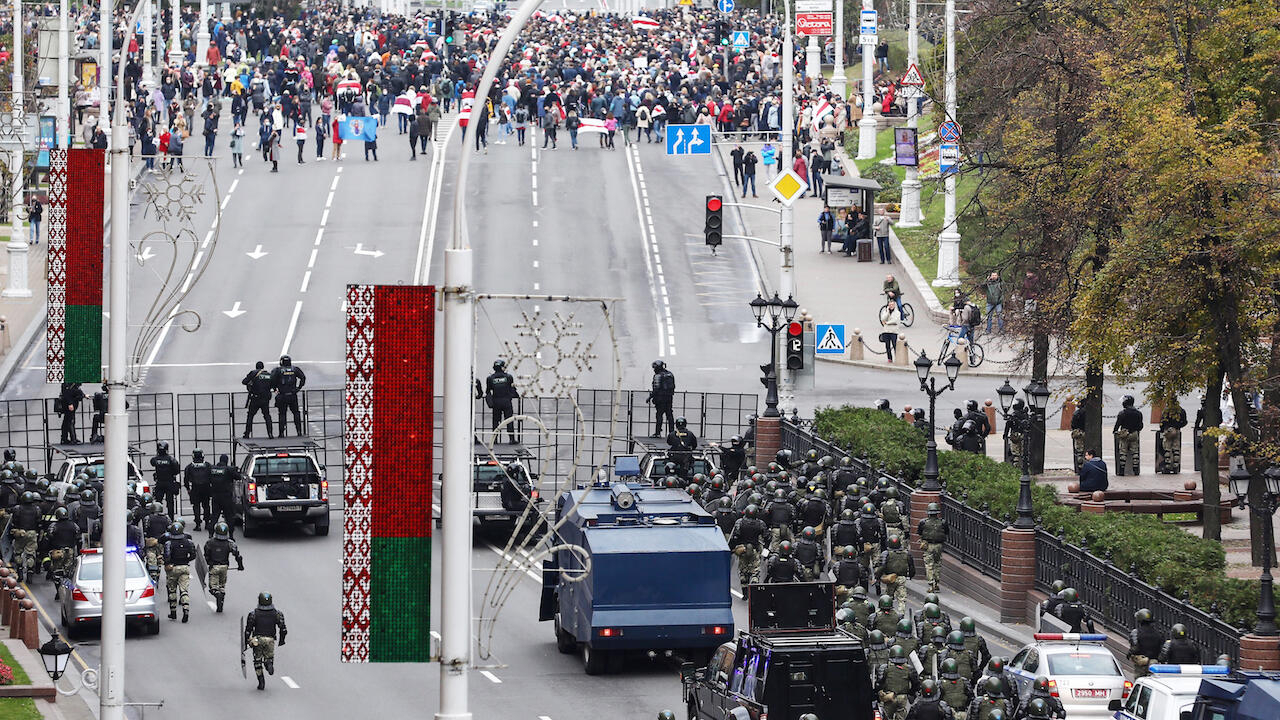 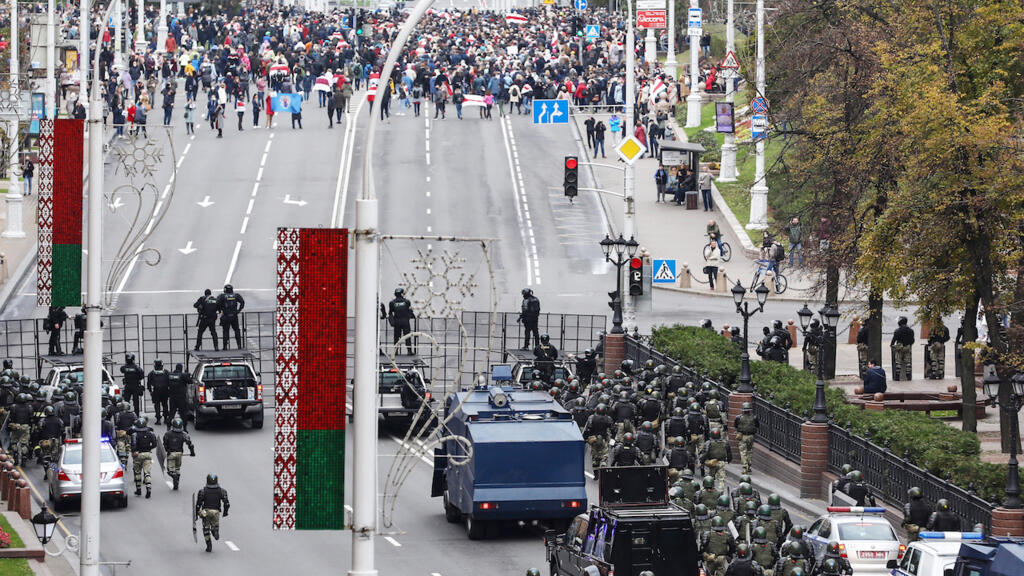 Tens of thousands of people marched through Minsk and other cities on Sunday, keeping pressure on Belarusian President Alexander Lukashenko a day before the opposition threatens to launch a national strike if he refuses to resign.

Crowds streamed through the capital shouting “strike”, waving red-and-white opposition flags and beating drums on the 11th straight weekend of mass protests since a disputed election plunged the country into turmoil.

Twelve metro stations were closed, helmeted riot police patrolled the streets and mobile internet services were disrupted in Minsk. Two journalists were detained ahead of the protest, a local journalists’ association said.

Tens of people were detained and security forces used tear gas in the western town of Lida, the Russian news agency RIA quoted the regional branch of the interior ministry as saying.

A former Soviet collective farm manager, Lukashenko has ruled Belarus for more than a quarter of a century and has shown little inclination to quit, buoyed by loans and the offer of military support from traditional ally Russia.

The president’s main opponents have been jailed or fled into exile following the Aug. 9 election, which Lukashenko’s opponents accuse him of rigging to win a sixth straight term. He denies electoral fraud.

Sviatlana Tsikhanouskaya, his main electoral challenger, has led calls from exile for a national strike to begin on Monday if Lukashenko refuses to release all political prisoners and resigns to make way for a new election.

“Today at 23:59 the term of the People’s Ultimatum will expire, and if the demands are not met, the Belarusians will start a national strike,” she said in statement.

Lukashenko has signalled that he would ignore the ultimatum.

The United States, the European Union, Britain and Canada have imposed sanctions against a string of senior officials in Belarus accused of fraud and human rights abuses in the wake of the presidential election.

Lukashenko has accused Western countries of meddling in the internal affairs of Belarus and trying to instigate a violent uprising against him.

In a call with U.S. Secretary of State Mike Pompeo on Saturday, he said Belarus and Russia were ready to respond jointly to external threats, Belarusian state television reported.