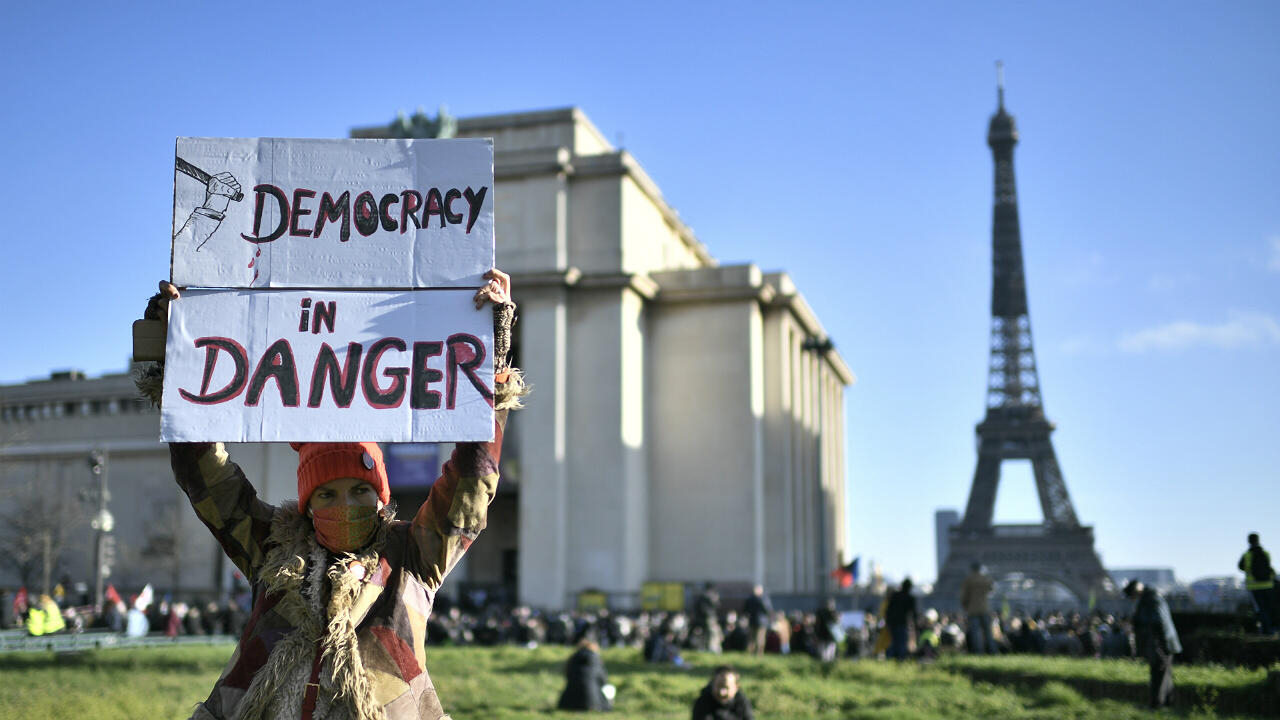 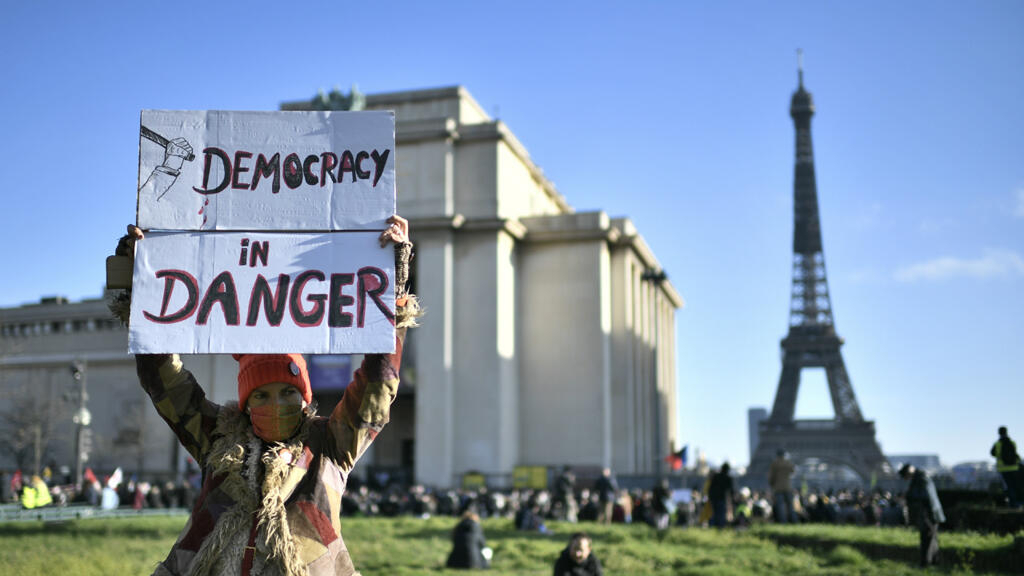 Thousands protested in Paris and other French cities Saturday against a security bill that would outlaw the publication of images of on-duty police officers. The government says the law is aimed at protecting officers from retribution while critics say it would violate press freedom and the ability to document police abuses.

Rights campaigners and journalists organizations staged street protests in Paris and other French cities on Saturday against a security bill that they say would be a violation of the freedom of information.

The proposed measure would create a new criminal offense of publishing images of police officers with intent to cause them harm.

The government says it is intended to protect police officers from online calls for violence. Critics fear that, if enacted, the measure would endanger journalists and other people who take videos of officers at work, especially during violent demonstrations.

Saturday’s protests were called by Reporters without Borders, Amnesty International France, the Human Rights League, journalists’ unions and other groups.

The Office of the U.N. High Commissioner for Human Rights and France’s human rights ombudsman have also voiced concerns this week over risks that the measure would undermine fundamental rights.

In response to the criticism, Prime Minister Jean Castex announced Thursday an amendment to the measure in order to specify that it “won’t impede the freedom of information” and that it will focus only on images broadcast with “clear” intent to harm a police officer.

The proposed law is championed by lawmakers of President Emmanuel Macron’s party, which has a majority in the National Assembly.

Lawmakers are scheduled to vote Tuesday on the bill, which also includes other security measures. It will then go to the Senate.